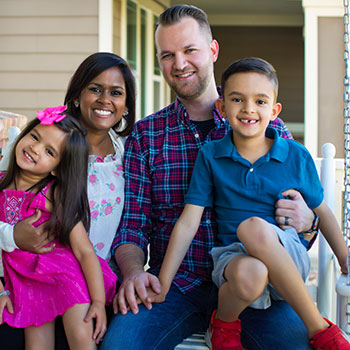 During the holidays in 2014, I was faced with one of the biggest scares I have ever encountered. My 31-year-old husband Cody developed a common virus. At the time, he was working two jobs and studying for his Ph.D. in atmospheric sciences, while helping me raise our two-year-old son Jaren. I was nine months pregnant and due to deliver on Christmas Day.

Needless to say, rest was a novelty. The virus started to get better, but suddenly he started to feel sick again. He was losing his breath when he would walk up the stairs, and his heart started to beat rapidly at random times.

On December 3, 2014, Cody decided to take himself to the emergency room. He called me from the emergency room at 2 a.m. and let me know the doctors felt he may be having a heart attack. I bundled up my son, placed him in his car seat, and headed to the hospital.

After a more thorough exam, the doctors discovered he actually was not having a heart attack, but he was going into congestive heart failure, a condition in which fluid builds up around the heart and causes it to pump inefficiently.

We were both in shock. I called my parents, and they flew out from Florida to watch our son, Jaren. For the next two weeks, I watched my husband decline to near death. On December 7, he was taken by Flight for Life to the Cardiac ICU at University of Colorado Hospital with a machine helping to pump his heart. Jaren said, "Mommy, God will save daddy". This gave me hope, and I realized hope was my son's superpower.

I remember seeing my husband lying in his bed nearly colorless, still trying to be kind and funny, and thinking, “My children cannot grow up without their dad. I have to do something about this.” Every night when I would go home, my son would greet me by saying "mommy, it's time to pray for daddy". I called all of our friends and family from all over the country.

Several friends and family flew in to be by Cody’s side and support me, and those who could not prayed for us daily. I spent each day at the hospital from 5 a.m. until midnight. Every morning I would walk in the door, Cody would have a huge smile on his face and say, “Now I have hope. I am fighting to stay alive for you and our family.”

Twenty-one days later, Cody was miraculously healed from acute viral myocarditis. He not only survived, but avoided organ transplants after suffering from end-organ failure for days. It was truly a Christmas miracle.

Seven days later, our baby girl was born. Cody was able to be in the hospital room with me. We decided to name our little girl Isla Hope. In the midst of the struggle, we had hope. I truly believe hope is our super power, and a smile can inspire hope. If I can help a child feel confident to smile, she or he can inspire hope as well for others. 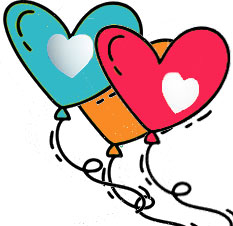